skip to main | skip to sidebar

I haven't been doing too much handwork for the past few weeks as I have Carpal Tunnel pain in both hands and it has been really driving me crazy , waking me up at night and constant pins and needles , numbness and shooting pain at times.....sooooo fed up with it!  I went to the doctor and she put me on anti inflammatory tablets and diuretics as well as wearing a splint at night on the worst hand.  I wouldn't usually blog about my ailments but I know carpal tunnel problems are common amongst hand sewers and knitters.  I have stopped the anti inflammatory tablets because they made me violently ill but have been rubbing anti inflammatory ointment on the base of my palm/wrist, taking the diuretics and wearing the splint and I have noticed a marked improvement!!  I haven't been wearing a splint on my right hand because it wasn't as bad as the left but now I have had such an improvement, the pins and needles/numbness is 50% less than it was, I am going to buy a splint for my right hand as well.  If this can be of any help to someone suffering from this beastly problem it will be a paragraph worth writing.

So now to the bit of sewing I have done!  A couple of months ago I bought a little packet of 2 1/2 inch squares of a French General range, Le Bouquet Francais .  Such a pretty selection of fabrics! I have used some of the pieces for applique on Love Entwined.  The remainder have been sitting on my sewing table begging to be used.  So I had some scraps of shirtings left over from the Benjamin Biggs blocks which I used for sashing.  I made this little sweetie. 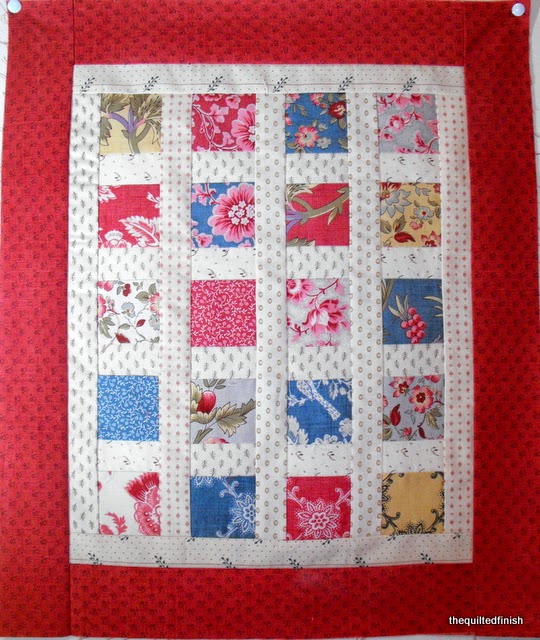 The Benjamin Biggs block I am working on for this month has very fiddly pieces! It will be an experience stitching these by machine, I'll have to go very slowly. I have been working on prepping it in fits and starts but must get it finished, ready for the next block which will be released any day now. 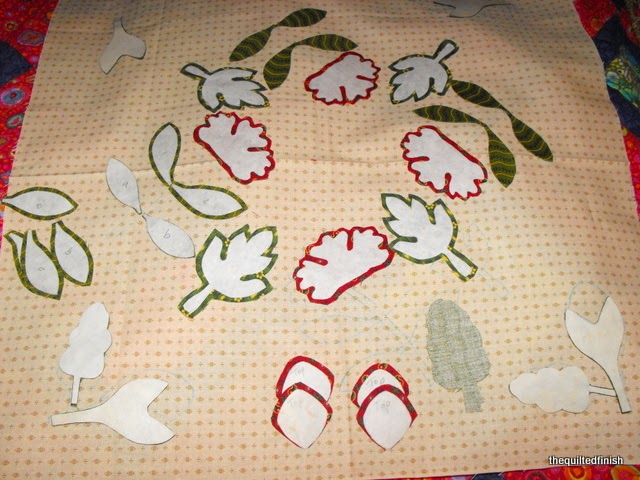 I'm afraid my Love Entwined has been languishing on my sewing table but I have been working on my Whig Rose, gradually getting the blocks finished and enjoying the hand sewing.

Posted by The Quilted Finish at 2:33 PM

The Quilted Finish
I am 58 and a mother of five living in Bathurst, NSW, Australia. I am a Nanna to a wonderful 3 year old boy. I love to create. I make quilts and I paint,acrylics and watercolours. 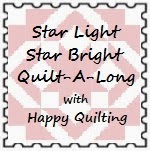